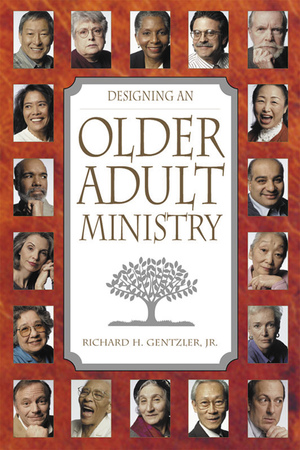 Building on the success of Designing a Ministry by, with, and for Older Adults, author Rick Gentzler gives readers new ways to develop and strengthen ministries with older adults, providing:

For more information on ministries with older adults, contact the Center on Aging & Older Adult Ministries or call the toll-free number, 877.899.2780, extension 7177.

The Rev. Dr. Richard H. Gentzler, Jr. (Rick) is the director of ENCORE Ministries, a ministry funded by the Golden Cross Foundation of the Tennessee Conference of The United Methodist Church. He is retired as a clergy member from the Susquehanna Annual Conference and is the former director of the Center on Aging and Older-Adult Ministries for the General Board of Discipleship (now called Discipleship Ministries) of The United Methodist Church. Dr. Gentzler is an internationally recognized leader in the field of aging, midlife and older-adult ministries. In 2013, he was selected by Governor Haslam to serve on the Governor's Task Force on Aging for the state of Tennessee. He was a keynote presenter for Conferences on Aging and Older Adult Ministries in Australia and New Zealand in 2013; a recipient of the "Outstanding Leadership in Older Adult Ministries Award" from the United Methodist Committee on Older Adult Ministries in 2012; a recipient of the "Spirituality and Aging Award" from the National Council on Aging (NCOA) and National Interfaith Coalition on Aging (NICA) in 2003; and in 2002 served as a presenter on spirituality and aging at the United Nations Second World Assembly on Ageing in Madrid, Spain. In 2005 he produced the award-winning video on aging titled, New Beginnings: The Gifts of Aging. Dr. Gentzler is a member of the board of directors for the Council on Aging of Middle Tennessee and serves as the board president. He is a resource consultant for both the Golden Cross Foundation of the Tennessee Conference and the Tennessee Conference Committee on Adult/Older-Adult Ministries. Dr. Gentzler has been in ministry for more than forty-five years. He pastored churches in Pennsylvania and Maryland and taught classes at Lycoming College (Williamsport, PA), Wesley Theological Seminary (Washington, DC), Asbury Theological Seminary (Wilmore, KY), Union Presbyterian Seminary (Richmond, VA), and Lipscomb University (Nashville, TN). Dr. Gentzler is author and co-author of numerous books on aging, midlife and older adults including: