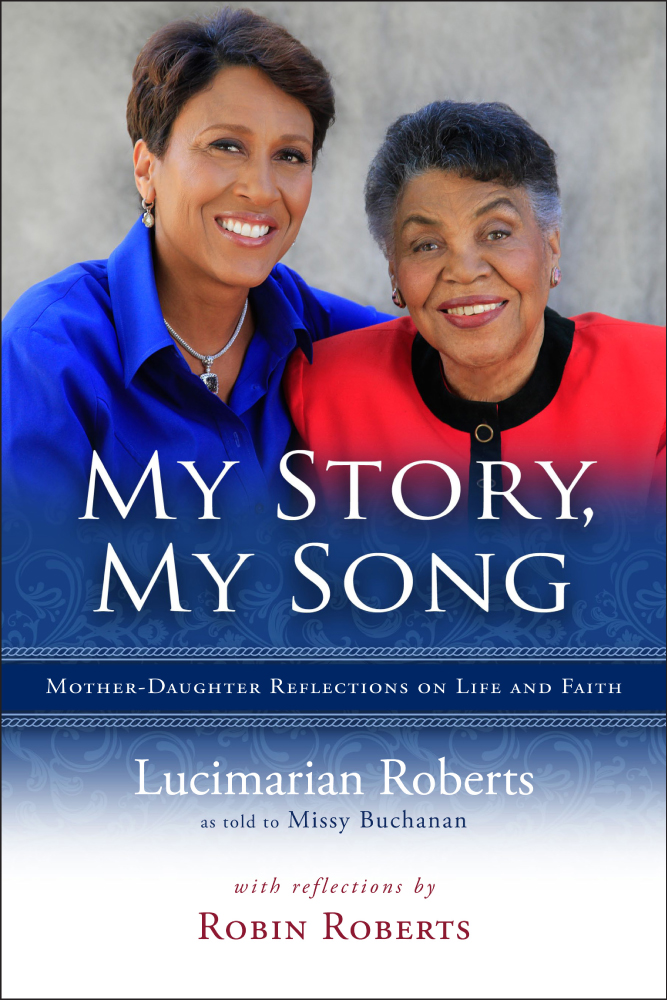 My Story, My Song

Mother-Daughter Reflections on Life and Faith

My Story, My Song is the heartwarming memoir of the late 88-year-old Lucimarian Tolliver Roberts, mother of Good Morning America coanchor Robin Roberts. It details pivotal moments in Mrs. Roberts' life, revealing how faith in God gave her strength and hope to face the challenges of life.

Good Morning America viewers came to know and love Lucimarian Tolliver Roberts. For many, the heartfelt connection began the day after Hurricane Katrina blew through the Gulf Coast. They eagerly watched as Robin stood among the remnants of her hometown and talked about her desperate search for her elderly mother, who had ridden out the storm in her Mississippi home.

Once she knew that her mother was safe, Robin admitted she was not surprised to learn that even as the winds howled and floodwaters rose, Lucimarian Roberts sang hymns.

As she was working on her memoir, Lucimarian still was able to recite the lyrics to hundreds of hymns and spirituals first learned in her childhood church. She credited hymns for helping her, a black woman born in 1924, live faithfully through the turbulent times of the Great Depression, segregation, the civil rights struggle, and the loneliness and constant moves that came with being married to a U.S. Air Force officer.

Robin writes, "Folks are drawn to Mom's humility, wisdom, and spirituality. Countless times I've been told, 'Your mother should write a book.' Reflections from Robin on her mother's life and faith cap each chapter.

Now you will be able to gain insights from Lucimarian Roberts' amazing life. "God has brought the most wonderful and sometimes the most unlikely people, of all ages and races, into my life to encourage and guide me on this spiritual journey of life," Mrs. Roberts said with bright eyes.

Highlights of My Story, My Song include:

You will be inspired and uplifted by this memoir of a woman who faced the best and worst of times with faith, dignity, and grace.

Missy Buchanan, an advocate for older adults, is an internationally recognized author and speaker on issues of aging faithfully. With thousands of followers on Twitter and Facebook, Buchanan provides daily insight and encouragement for the journey of aging. She enjoys weekly visits (digital visits and phone calls during the COVID pandemic) with older adult friends in senior living communities. Buchanan is the author of multiple books, a devotional calendar, and a devotional journal. She lives with her husband, Barry, in Rockwall, TX. They have three adult children and four grandchildren.

Lucimarian Tolliver Roberts may be best known as the mother of broadcast journalist Robin Roberts. However, she has achieved success in her own right, serving as thje director of the Federal Reserve Bank of Atlanta and as a board member for numerous organizations. Lucimarian Roberts was born and raised in Akron, Ohio, where she earned a scholarship from the publishers of the Akron Beacon Journal and became the first person in her family to attend college. She graduated from Howard University in 1946 and married Lawrence Roberts, a member of the legendary Tuskegee Airmen, with whom she raised four children. Mrs. Roberts lived through the Great Depression, segregation, the civil rights movement, and many personal challenges. These experiences helped shape her unique perspective on life.

Robin Roberts, who has worked in broadcasting for more than 20 years, is coanchor of the television show Good Morning America (GMA). Under her leadership, GMA won three consecutive Emmys for outstanding morning program. Roberts holds a Bachelor of Arts degree in communications from Southeastern Louisiana University. Her first book, From the Heart: 7 Rules to Live By, was published in 2007. An updated version with a chapter on her battle with breast cancer was released in 2008.