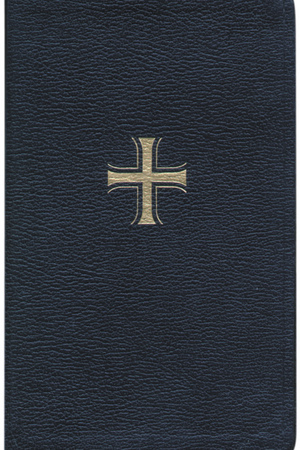 A Guide to Prayer for Ministers and Other Servants

A best seller for nearly 3 decades! This classic devotional and prayer book is a compilation of scriptures, prayers, readings from well-known spiritual writers, and hymn texts.

Each week centers on a different theme and follows this format: invocation, psalm, daily scripture readings, readings for reflection, prayers (for the church, myself, others), reflection time, and a hymn. The back of the book contains models for 12 personal one-day retreats.

Rueben P. Job (1922?2015) was a retired bishop of the United Methodist Church and former World Editor of The Upper Room. A pioneer in spiritual formation for his denomination, he wrote numerous books on the spiritual life and developed several spiritual enrichment programs. Bishop Job and his friend Norman Shawchuck coauthored A Guide to Prayer for Ministers and Other Servants as a result of their own hunger for God and for a resource that could be their constant companion on the journey toward a deeper and more consistent relationship with God. This was the first in the four-volume Guide to Prayer series. A native of North Dakota, Rueben and his wife, Beverly, made their home in Nashville, Tennessee.

Norman Shawchuck (1935?2012) was a United Methodist pastor who received a special appointment that allowed him to teach, write, and consult. He was adjunct professor at numerous universiies and seminiaries, including McCormick Theological Seminary and Trinity Evangelical Divinitiy School. He also served as full-time professor at Vanguard University in Costa Mesa, California. The author of numerous books, Dr. Shawchuck coauthored with Rueben Job A Guide to Prayer for Ministers and Other Servants and other books in the "Guide to Prayer" series.